After arriving at El Monte RV Japan Funabashi office at 8 o’clock, we had various explanations regarding the vehicle and departed about an hour later.

Our first destination was… Chibanian! It is the location of a stratum that was formed about 770,000 years ago, and it is possible to see the trace of the latest reversal of the Earth’s magnetic field. I did know much about it beforehand but, as it was on the way, I thought it was a nice place to make a stop. 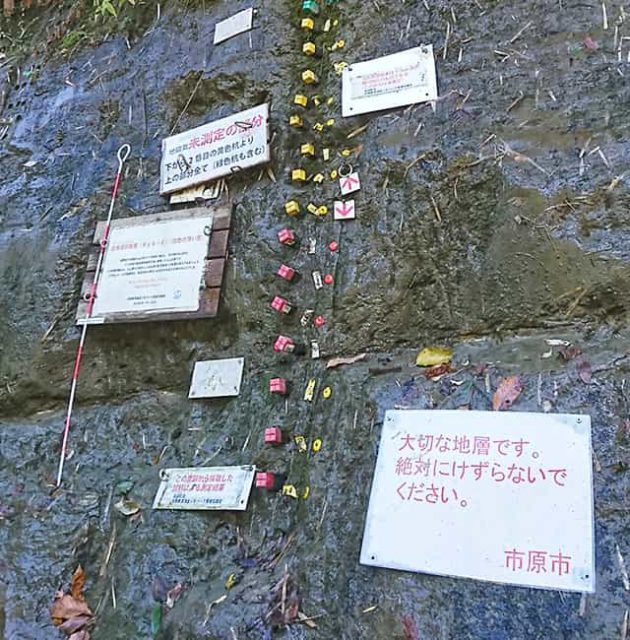 We just arrived there around noon. In front of the stratum visitors and even some TV crews were there. 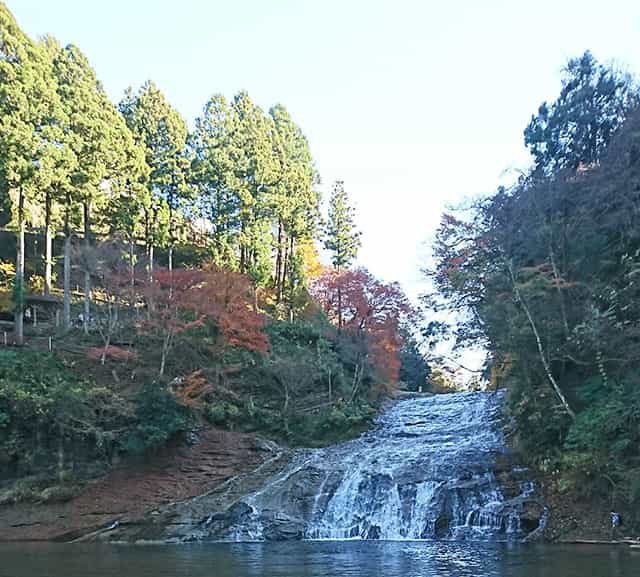 From there we went to the Yoro Valley. It took about 20 minutes. We saw along the way the train from the Kominato Railway Line, with its vintage-style cars that makes it quite unique compared to the others.

By the way, it is also possible to bring a bicycle with the camping car, which is a great way to enjoy the area. The Yoro Valley is one of the best sightseeing to enjoy the autumn leaves in the Kanto area, so there was a lot of people. 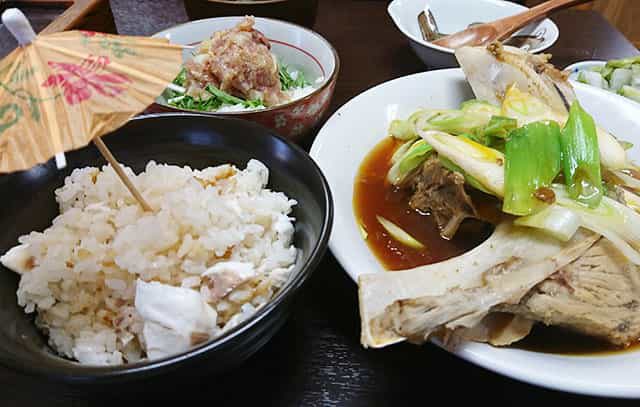 After walking for about an hour, we headed towards the outside bunch area. We thought that by leaving now, we might arrive on time for the sunset. After watching it in Awa Kominato, we enjoyed some sea bream, a local specialty. 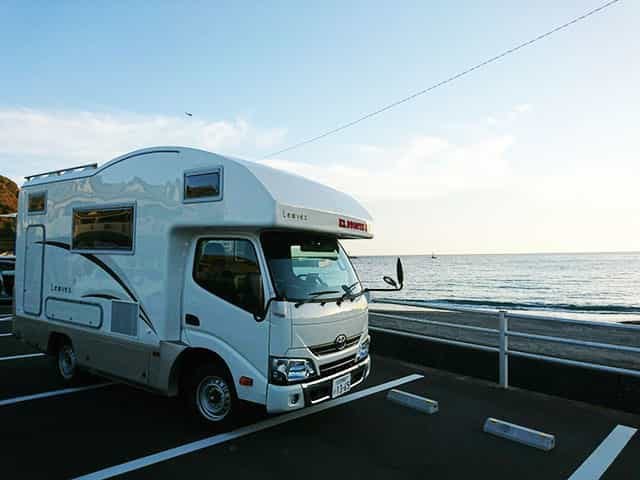 Regarding the RV, we liked that the driver seat is quite high. It’s very easy to see the road and, thanks to the rear-view monitor, we felt really safe. The parking lot where we stopped was the same than for regular cars. The highway tolls are also the same than for standard-sized vehicles.
We chose to rent only for one day this time. But if we had more time, we wanted to go to the Katsuura morning market, one of the three major morning markets in Japan. Maybe next time!